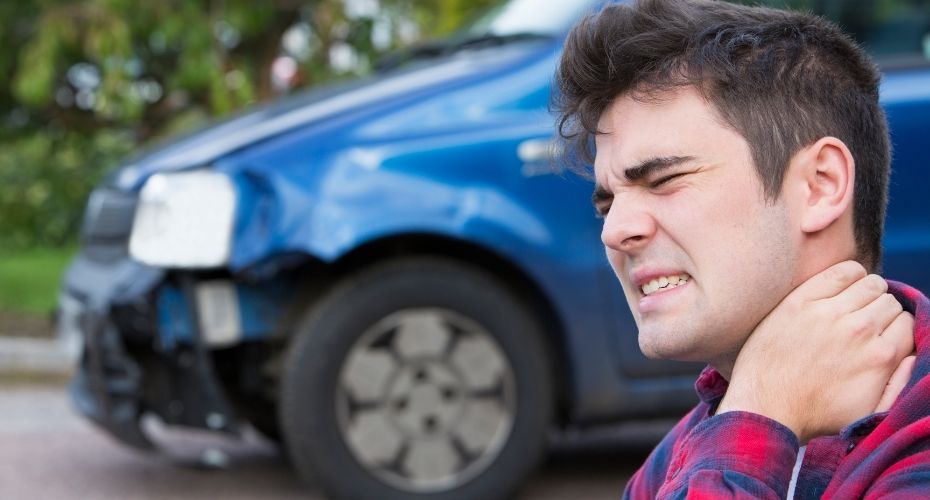 Injured in a Car Accident? Don't do this...

Read this anonymous Lawggle user's story about what happened to them when they were injured in a car accident and find out all the things you should make sure you don't do when you have a personal injury claim!

When I was about 25, I was a passenger in a car accident. The vehicle I was in (my own) was rear-ended on the highway at a high speed. Since my car was going about 80 km per hour, I assume the other car was going… much faster. We had changed lanes to take an exit, at the proper place for changing lanes, and 5 or 6 seconds later we were rear-ended by a pick-up truck. We pulled over, and so did the other driver. He was mad. He first said we cut him off, but then he admitted that he was on the phone arguing with his girlfriend and didn’t see us at all.

The damage was pretty extensive –the trunk of my car was totally smashed in – but the car was still drivable. Being young and uninformed, we didn’t call the police to attend, figuring there was no need since we could still drive home. We exchanged information with the other driver, who was from out of province, then we left. I’ve since learned that if you are in a car accident and the damage to your car is significant, or if the other vehicle is from out of province, you should definitely call the police to come make a police report. This was mistake number one. Actually, no… this was mistake number two – let’s go back for a sec.

As I said, I was a passenger in this car accident, but what I forgot to mention was that I was not sitting properly in my seat. I had my seatbelt on, of course, but I was turned sideways, facing toward the driver, with my one leg bent and tucked up under the other. This was my first mistake. I have come to discover this is something I do a lot, and this wouldn’t be the only time it has caused me a problem, either, but that is not part of this story. Back to the point, and this is important so pay attention! Sit properly in the seat when you are the passenger (or driver) in a car! If you are not properly facing forward when you’re in a car accident, it can lead to injury - even in a minor car accident, as I had the opportunity to learn again later in life (also not part of this story).

The day after the car accident, I called ICBC (the Insurance Corporation of British Columbia) to report the accident and make a claim. They asked for some details, then made an appointment with us to come in. At the appointment, they took our statements, assessed the damage, and approved the claim for the repairs to the vehicle. We got the car repaired. So far, so good, I thought, except for my injury.

It turned out that the impact of being rear-ended while sitting sideways caused a tear in the labrum of my left hip joint (that’s the cartilage that cushions the joint socket), although I didn’t know this yet. All I knew was my hip was sore and getting worse over time. I couldn’t walk long distances without severe pain, I definitely couldn’t run, and my hip was often sore when I wasn’t doing anything at all, not to mention that annoying clicking sound. It ached. A lot. So, my doctor sent me for physiotherapy.

This is when I sought the help of a lawyer. Finally, I was doing something right – at least that’s what I wish I could say here, but not exactly. Yes, you should definitely get a personal injury lawyer if you are injured in a car accident but, and this was my third mistake, that is not what I did...

Again, being young and inexperienced, I went with the only lawyer I knew - an immigration lawyer. I know what you’re thinking, and just writing this is a bit embarrassing. Why would someone get an immigration lawyer for a personal injury claim? I have no good answer for that, except to say I knew nothing then. I didn’t know who to ask, or where to go. This was 2008, and I don’t think there even were online resources like there are now (thanks Lawggle!) to help you when you need legal advice and have no idea how to go about finding it. I now know you should always get a lawyer that specializes in the type of legal matter you need help with, and I have learned a lot about what to look for in a personal injury lawyer, as well, but I paid a lot for the lesson. Hopefully you are learning something from my mistake here.

So, let’s recap for a sec because this story is far from over. I was in a motor vehicle accident, was injured, but I have a lawyer now, my car is fixed, and I am starting physiotherapy. Things are going to be okay, right? Ha.. far from it.

The Situation Gets Worse

Then we found out that the other driver, who was from Alberta, actually did not have insurance at all. ICBC called the insurance company from the info he gave me, and they said that he was not insured by them. ICBC couldn’t find the driver either, despite him giving me his name, his phone number, and his license plate number. At the time of the accident, he also did not have his driver’s license with him, or so he said. Looking back, I definitely should have called the police from the scene of the car accident.

At this point, ICBC decided to argue that we were not covered by insurance either. Another detail that I left out is that the driver of my vehicle was driving on an international license, and it’s important to know, when you move to BC, you only have a limited time to get a BC driver’s license. 6 months, to be exact, and needless to say, it had been more than 6 months. So now, ICBC wanted the money back for what they paid to have my car repaired. S***! Well, good thing I have a lawyer, right?

The back and forth between our lawyer and ICBC went on for a while. Meanwhile, physio wasn’t really helping my injury, so my doctor sent me for an x-ray. That was when the tear was discovered. I needed to have laparoscopic surgery to repair my torn labrum. By this time, it was almost two years since having the accident. Thankfully, the surgery helped a lot. Immediately my pain was much less, and soon after I could mostly walk normally again. Phew.

And Then It Got Even Worse

Not long after my surgery, I got a phone call from my lawyer. He called to inform me that he had missed the deadline to submit my personal injury claim. He explained that this meant that my claim against ICBC was lost, and that the only way for me to receive compensation for my injury now was to sue him instead and prove what I would have gotten from ICBC had he not missed the deadline. He asked me to think about it and let him know if that is what I wanted to do because he would then need to report his mistake to the law society. He told me that if I was willing to let the claim go, he would give us a discount on immigration services. I have since done some research, and it turns out he was actually required to report his mistake, regardless of how I wanted to proceed, and lawyers are actually insured for this kind of thing. Looking back now, I feel like I made the wrong choice, especially after I found out I likely would have got quite a lot of money for my personal injury claim, especially after having to have surgery.

Always Get Legal Advice (and a second opinion)

The thing was though, or so I thought at the time, since we might actually not have been covered by insurance at all, I was worried that our lawyer would prove I wouldn’t have gotten anything for my claim. In that case, it seemed like taking a deal on our immigration seemed like the better option. But then again, I was the passenger, so maybe I still would have gotten compensation for my injury regardless. But it was my car and my insurance, so would I have? Honestly, I really have no idea because I am not a lawyer, and the law is complicated. I regret not getting independent legal advice. Once your lawyer is in a position to need to defend themselves, they are essentially no longer your lawyer, and no longer acting in your best interest – despite being a friend of a friend and your immigration lawyer. Folks, if you have an issue with your lawyer, definitely get advice! And also, don’t hire an immigration lawyer for a personal injury claim! 😊
‍

The one positive to come of this story, if you can call it that, is that once I had lost my personal injury claim, ICBC decided not to make me pay them back for the repairs to my car, so.. at least that.

Want better advice? Contact one of our lawyers today and get what you deserve!